We took my mom’s car when we went up north a few weeks ago; it is a classic “low mileage, only driven to church and shopping” elderly person’s car. As I adjusted the mirrors, I was aware that the blind spot on the driver’s side was a bit different from the blind spot in my car, and I made a note to pay attention.

A few days after that trip, the idea of blind spots came back to me—not the car kind but the psychological sort. I had been reflecting on a conversation from earlier that day; I had been criticizing someone’s behavior. In replaying my words, though, I realized I was actually envious.

It was an epiphany.

I pride myself on being able to accept life as it is, on being content with what I have. But, I now see that this has been a blind spot, and I am not as content as I like to think—at least in some parts of my life. 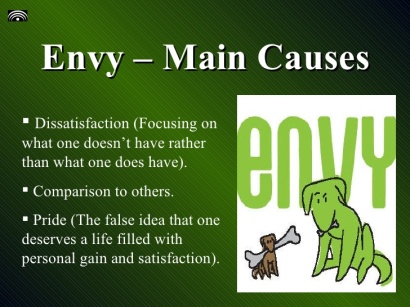 Our brains are predisposed toward patterns (or so says the Baader-Meinhof Phenomenon) so once our brains register something new, we are naturally more inclined to see this thing again.

My first awareness of being envious happened a few months ago, and I was surprised to recognize this trait in myself. But now, a few months later, I can see much more clearly that envy has long been part of my life. It was probably there all along, but I was blind to it.

Now that my eyes have been opened, though, I am quite aware of how often I think and say things that betray my idealized self-portrayal.

And upon reflection, I see past times when I thought I was merely being observational, but really I was envious.

I remember one incident from college that I now see in a different light. I went to a Catholic college run by Augustinian Friars who take a vow of poverty. Fr. John was my confessor. He was smart, kind and compassionate. And he was a frequent traveler—to Florida over Christmas break or Rome on spring break or someone’s shore house in the summer or….

“My goal,” I told him, “is to be as poor as you are so I can see the world on someone else’s dime.” He laughed. At the time, I thought I was merely being observational (and perhaps witty); now I can see that I was envious.

Ironically, I have traveled the world on other people’s money. I have been showered with an abundance of opportunity, generosity and kindness. And I am deeply grateful.

Yet, here I was the other day, grousing about someone getting a workshop paid for—even though a month earlier, I had attended a workshop that someone else paid for. Talk about a blind spot!

Now that this blind spot have been revealed, I can be more attentive to the insecurity that causes me to be envious and take steps toward being more grateful and content. 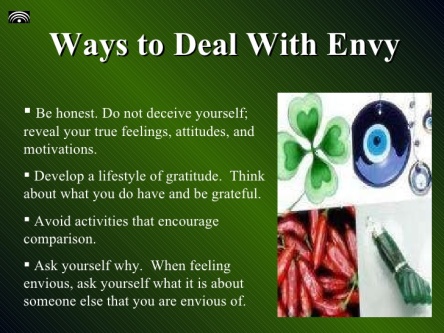 “…I recall your sincere faith that first lived in your grandmother Lois and your mother Eunice and that I am confident lives also in you.” 1 Tim 1:4

When I was very young, my grandmother still lived in the house where my dad had grown up, and we usually visited her on Sunday afternoons. During many of those visits, my mother would take me across the street with her to see a neighbor, another grandmother, whose sons had played with my dad and his brothers when they were children.

The neighbor had a grown son who lived with her, a man who had cerebral palsy.

Our visits across the street usually included some time with this man. My memory is that he was always sitting in a chair in his bedroom, and my mother would sit in a chair next to his, while I stood nearby.

No one in my family had such a disability and therefore I was unfamiliar with his jerky movements and indecipherable speech patterns. My mother, though, seemed quite comfortable spending time with him. She seemed not to notice his twisted body and she seemed to understand what he was saying. She conversed with him as she did with everyone else. It was a mystery to me and I was fascinated by it.

As time went by, I grew more comfortable visiting this man, although I was always just a bit hesitant in his presence.

By the time I was eight years old, my grandmother had moved to the suburbs. Our visits to the old neighborhood became less frequent and eventually stopped.

As I shared my memory of visiting her grandmother and uncle, I had an “aha” moment.

Early on in my career working with people who had disabilities, a co-worker used the phrase, “It only matters when it’s you.” I thought it a bit harsh, and I also understood it. Something in our human nature seems to cause us to care more about what directly affects us. My co-worker was talking about the challenge of connecting people who have disabilities with community members who have no prior experience.

Most of the people I worked with were the parents or siblings of people who had disabilities. That was not my story, and yet I was passionate about my work.

Talking with the niece of this man my mother and I used to visit opened my eyes; he was my connection. My mother had been teaching me by her example. He mattered to her; I had watched and learned.

©Madeline Bialecki and madelinebialecki.wordpress.com. Unauthorized use and/or duplication of this material without express and written permission from this site’s author is strictly prohibited. Excerpts and links may be used, provided that full and clear credit is given to Madeline Bialecki and madelinebialecki.wordpress.com with appropriate and specific direction to the original content.